In direct contrast to earlier posting, Tamiflu caught again the public attention - this time for far from envious reason.

Two recent incidents - juvenile suicides without any underlying social cause, were widely published in Japan, including extensive coverage in two consecutive nights on February 26 and 27, 2007 by the national TV broadcaster NHK. Undoubtedly, the interviews with broken relatives of the young victims should increase the public awareness and hence to make parents closely monitoring the treated children. Yet, the science behind the frightening cases in Japan is not revealed.

The holder of the Manufacturing and Sale Approval for Tamiflu in Japan is Chugai Seiyaku of the Roche group. The product was approved in two formulations in 2002, sold since then to millions and stocked for tens of millions. 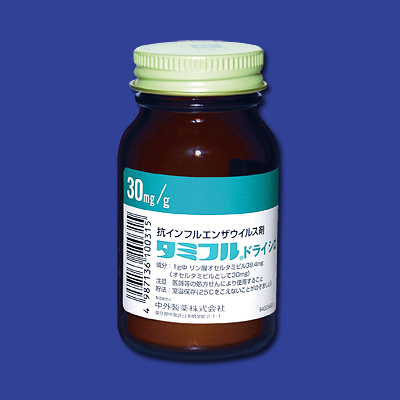 The world supply of Tamiflu is not unlimited, as Japan also uses the majority of the worldâs Tamiflu supply for seasonal flu. Japan has used 24 million prescriptions - ca. four times more than the US. World-wide, since Tamiflu was first approved in 1999, 12 children under 16 years of age and taking the drug have died, and 32 have suffered âneuropsychiatric eventsâ such as hallucinations, confusion, convulsions and brain inflammation. All the deaths and the vast majority of adverse events in children, also including skin rashes and sensitivity, have been reported in Japan, where Tamiflu has been most widely prescribed. For the fiscal 2006 year, the MHLW received 12.8 billion Yen in supplementary budget as 8 billions of which to be spent for Tamiflu (90%) and Relenza (10%).

Back in 2005, both FDA and EMEA held discussions to analyze the frightening side events observed in Japanese children, but concluded that the “increased reports of neuropsychiatric events in Japanese children are most likely related to an increased awareness of influenza-associated encephalopathy”, increased use of Tamiflu in Japan, and greater monitoring of adverse events.

Certainly, the voices that the exacerbated reactions to Tamiflu among Japanese pediatric patients may be related to ethic (pharmacogenomics?) cause are being heard, but still the overprescription theory rules.

Jouhoublog is a joint blog - post or send comments to

The deaths of a number of juveniles exhibiting abnormal behavior after taking the antiviral drug Tamiflu have sparked growing concern in Japan, but the Ministry of Health, Labor and Welfare says there is no confirmation of any causal link between such behavior and the drug. A group whose members say they are victims of Tamiflu-induced brain symptoms said that even if such a link has not been confirmed, doctors should call patients’ attention to possible side effects when they administer Tamiflu, and parents should not take their eyes off children who have taken the drug. On Feb. 16 in Gamagori, Aichi Prefecture, a 14-year-old girl who lived with her family on the 10th floor of a condominium building fell to her death apparently after taking Tamiflu. The girl had not gone to school that day because she was ill, and a doctor prescribed Tamiflu for her in the morning. The prefectural police said she apparently climbed barefoot over a 1.3-meter-tall barrier in the outside corridor and fell to her death while the rest of the family was out. No suicide note was found, and a friend of the girl said, “She would never commit suicide.” A representative of the group, 49-year-old Haruhiko Nokiba, said that in 2004, his 17-year-old son walked onto a national highway shortly after taking Tamiflu and was killed by an oncoming vehicle. He also said two boys who fell to their deaths from condominiums in Aichi and Okayama prefectures in 2005 and last year, respectively, had also exhibited abnormal behavior after taking the drug, and he believes the actions were related to side effects. On Tuesday in Sendai, a 14-year-old boy fell from the 11th floor of a condominium after taking Tamiflu the day before and died. Police are continuing to investigate the circumstances.
A research team of the ministry carried out a survey covering about 2,800 people in Japan last November and said it found no evidence of a relationship between the drug and abnormal behavior. There was no such behavior among 54 Tamiflu-taking patients who had died as of the end of January this year since marketing of the drug began in February 2001, the ministry said.
Tamiflu is produced by Switzerland’s Roche healthcare group and imported by Chugai Pharmaceutical Co. of Tokyo. The drug, also known as oseltamivir phosphate, will curb the growth of A- and B-type flu viruses, and if taken within 48 hours of the start of symptoms, fever will go down and recovery is said to be a day earlier than other drugs. In May 2004, Chugai added “consciousness disorders and abnormal behaviors” to a column of side effects in an appended paper attached to Tamiflu, but the company said it is a precautionary measure. At this stage, there is no need to single out the possibility of abnormal behaviors,” a ministry official said. But Rokuro Hama, head of the Japan Institute of Pharmacovigilance in Osaka, said, “There is a problem in the research team’s data. As far as behaviors immediately after taking the drug are concerned, the ratio of exhibiting abnormal behavior is four times greater” than publicly reported.
The ministry team is now carrying out a fresh survey covering 10,000 people with the aim of completing the results by fall. “We really need to establish whether there is any causal relationship with Tamiflu,” said chief researcher Shumpei Yokota, a professor in the graduate school of Yokohama City University. Takashi Arai, 50, a resident of the city of Kyoto and a member of the group of victims, visited a ministry official last week and said, “In prescribing drugs, some doctors carefully explain but some others just ask if drugs are taken or not.” In 2005, Arai’s son, who was in junior high school at the time, temporarily became violent after taking Tamiflu. Arai wants doctors, medical facilities and institutions to provide full information on possible side effects of Tamiflu to patients before they take the drug. The government is currently building a stockpile of the drug as part of its preparedness against an epidemic of a new form of flu.
Quote from Kyodo News, Feb 28, 2007